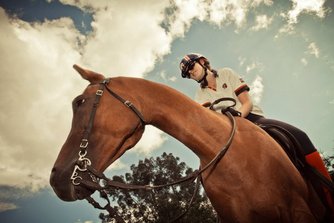 Herefordshire based, Abbi Tennant, has competed within the sport of Endurance for many years. She has ridden from Novice to International level with many horses. She has competed twice at Championship level for Great Britain within her Endurance career as part of the Young Rider Great Britain Team and once as an individual at the Tri-Nations Championship on South Africa.

This season 2016 Abbi and Barik will be aiming to compete in a 160km and gain qualification for the European Championships. Djelanza will also be starting his Novice season in Endurance. Perchance will be making her debut at the Futurity as a yearling.

If there is a horse you need riding or competing then Abbi Tennant is definitely a rider to call upon and you can get in touch with her through her email abbi_tennant@hotmail.com